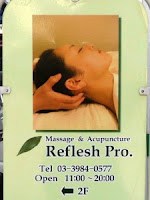 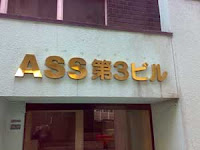 You don't have to spend much time here in Japan to find out the pronunciation problem between R/L sounds. The sound in Japanese is right between these two and there is no R/L sound (as we have in English). This can lead to some funny sayings. I'll start off with the classic joke about the Japanese guy who went to see the eye doctor. The doctor told him he had a cataract and he politely told him that he didn't have a Cadillac, he had a Rincoln. My favorite is the one I heard from a fellow English teacher. He was a judge at a jr. high school English speech contest. After the contest ended, the Japanese teacher said in perfect English, "Let's give a big crap to all the contestants." He went on to say, "and a big big crap to all of their teachers". Wait, he didn't stop there. Finally, he said, "Last of all, we should give you a big big big crap for coming here today!" Another one that I'll never forget is the student that wrote: My pen is small. He didn't leave enough space between 'pen' and 'is' so you can get what it looked like. Don't ask me why he wrote this sentence! :)

I'll finish with one of the funniest English mistakes I've ever heard. Former Japanese Prime Minister Mori was not good at speaking English. In fact, he was so bad that upon meeting former President Bill Clinton, he mistakenly said "Who are you?" (instead of 'How are you'). Clinton, with his sharp wit, answered "I'm Hillary's husband". Mori, who was still clueless, smiled and said, "Me too". :)
posted by conrad No comments: